Ya know folks, your old pal RudeBert has been told he’s a pretty angry guy, and sometimes yes, it’s true as fuck. I never get physical about it though, and maybe that’s the problem. Now I’m not talking about physicality like police officer physicality, you know…when they beat their wives, but maybe if we all had an outlet where we could settle our differences by beating the piss out of one another…then maybe…just maybe we can save America.

I was paroosing the ‘ol internet and came across a post on reddit in the r/fightporn sub titled “fans of rival football clubs, CSKA Moscow and Spartak Moscow, head to the forest to settle their differences in a police-free environment”. In the video, two packs of wild ass savages go out of their way to avoid any sort of government intervention in settling their differences by coordinating a battle in the woods. This type of coordination in America never happens. Yes, we have gangs that murder each other, and terrorize each other but why not use the old fisticuffs and demolish faces and lacerate spleens with swift kicks to midsections to settle simple feelings of angst towards one another for something as common as sports rivals?!

Firstly, mad respect to the chick in that video for breaking through that glass ceiling and getting her face kicked in by a bunch of dudes! She really hung in there, breaking all kinds of gender stereotypes and bones in her face. If her husband was a cop, she’d surely be able to hang in there with him while he beats her.

You never see American kids in the streets beating the hell out of each other anymore. Why? Because the legal and financial consequences of getting into a physical altercation in America these days will fuck your life straight to oblivion. What if we changed all this shit and instead told kids to meet in the woods to beat the shit out of each other where no one can watch but neutral parties like in the video tagged above!? No fines, no lawsuits, and no holds bar! Hell, they might learn something! HELL, they might even get motivated to become better people! So what if ya lost to your friend Allen because you’re a fat sac of shit and he’s mad cause ya banged his mom!! Hit the fucking gym Tub-Gut and get back out there! Get back out there and show Allen’s mom you really love her!!! And beat Allen’s ass!!!

Fuck, what if we applied this to workplaces too? Got a bunch of cliquey little bitches in your office that think they’re the shit? They go out of their way to exclude you and criticize you? Then rally a gang of people that are on the outside of that clique like you and tell those cliquey sluts to post the fuck up in the woods. Put fliers up in the kitchen “Cliquey bitches vs Office Expats of Cliques 4/20/1969 @ 6:30pm in the woods down the street – no weapons, just fists”. Lure them with promises of snacks and beverages at the conclusion of the battle! AWARD THE WINNING TEAM UNDISPUTED CHAMPION BELTS that they can wear around the office. A tougher team at an office may lead to increased productivity, winning of more bids, increased sales, etc.

Better yet, make it more sanitary and cleaner and see if you can 1 v 1 your boss…that sniveling cunt. Invite co-workers to watch and ref. I think this is making me realize I am one of those later generations now that is looking at the younger generation and realizing there’s no fucking hope. Let’s not fight and kill each other, let’s just meet in the woods and bring nothing but our fists so we can settle our differences about Allen’s mom.

I was standing in line at Costco when I decided to ask the ‘ol ball and chain if she could think of anything else we needed. I figured she’d say no, but she’s a woman so of course I was wrong. She said ‘get a box of bars’. I take a quick glance around and snag the closest thing so I don’t have to leave the line. What a fucking mistake.

The box ended up being a 12-pack of ‘Keto Krisp’ bars from a company called CanDo. As far as my experience with this company, so far the only thing they can do is produce a fucking disgusting product. I seriously couldn’t of picked a worse box of bars to bring home to muh sweet, sweet wife. She opened them when I got home, took a bite, and remarked how disgusting they tasted. I ended up painfully finishing the bar for her cause I hate waste.

You’d think for $18.99 they’d be alright, but no, these bars taste like absolute shit. That’s right folks, $18.99 for a 12-pack of shit. Like they must have a machine at the production facility that’s got a human being standing over and shitting into a funnel that sends the turds through a series of pumping and compression mechanisms that add a shit ton of garbage ingredients that people ‘think’ are healthy but in all actuality are NOT. Like what the fuck is MCT Oil? Do people actually seek this ingredient out? If it’s so good for you why the fuck am I just hearing about it? According to WebMD the short answer as to whether or not it works for whatever you’re using it for is: they’re not sure. Does that even make sense?! NO. Then why use it as a substitute for some other oil that’s more well known. Oh yeah! Because CanDo will canfuck you just like every other ‘health bar’ company, that’s why.

Holy fucking balls! I just checked the CanDo website and a 12 pack of these ‘Keto Shit Bars’ costs 35.99!!!! What the fuck!!!! If you’re telling me I can turn my turds into bars that people will buy a 12 pack of for 35.99 sign. me. the. fuck. up. To be honest I’m not surprised at the stupidity of people paying that much for this garbage. I mean fuck, Rudebert just grabbed the closest box of bars while standing in line at CostCo.

Going forward I think I’ll skip the CanDo bars and stick with shit I know and like: RX bars and Milky Way Midnight Dark bars. CanDo CanGo fuck themselves with their $35.99 12-pack shit bars. It’s like….did anyone at CanDo even taste them? How do they even justify the price? Mad props to the founder and CEO though for having a positive attitude about what he CanDo, but making an affordable tasty bar is something he Can’tDo.

Processing…
Success! You're on the list.
Whoops! There was an error and we couldn't process your subscription. Please reload the page and try again. 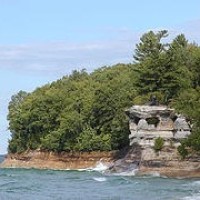 Photos of the Great Lakes State

"We all eat, & it would be a sad waste of opportunity to eat badly." - Anna Thomas

The Art and Craft of Blogging